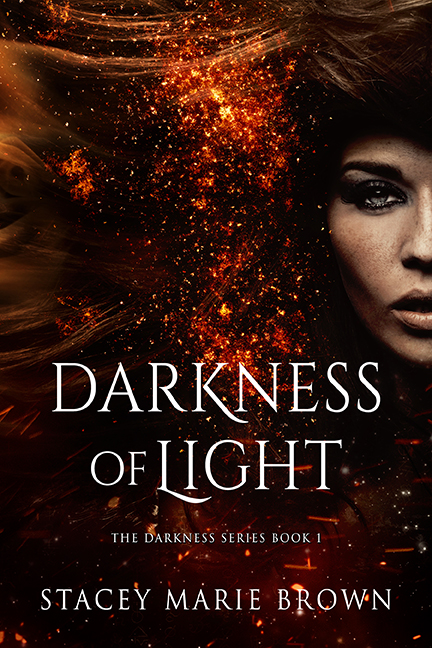 After Ember Brycin finds her mother brutally murdered, her mind begins to see things that shouldn’t exist, like creatures that belong in scary fairytales. The more she feels her sanity slipping, the more bizarre and inexplicable things start happening around her, even burning down one of her schools, turning Ember into an outcast.

When she and her stepfather, Mark, move to Olympia, Washington, they think it will be a new start. However, things only continue to get worse.

When the latest school explosion lands her in a facility for troubled youth, she meets Eli Dragen—a hot as hell, darkly mysterious, bad boy from a notorious biker gang. Their connection is full of passion, danger, and secrets. Secrets that lead her down a path she never imagined, exposing her to a world hidden in the shadows...

Where she is hunted by deadly beasts that dwell in the dark.

Fire in the Darkness

Ember discovers she is not only fae, but is one of the most feared type in existence—a Dae—considered an abomination among their kind. Her race is hunted down and killed because of their power.

After her magic causes an electrical storm which destroys Seattle, Ember is on the run, pursued by the both the light and dark fae.

The one she should fear the most is the sexy Dark Dweller who lied and betrayed her. Her enemy, Eli Dragen. His blood runs in her veins, creating a connection between them they can’t ignore. And neither can outrun.

Ember knows she needs help, but she who can she trust? Torin, the Seelie Queen’s personal knight, who has sworn to keep her safe, or Eli, a deadly Dark Dweller, who wants to trade her to the Unseelie King.

With a price on her head and a sexy Dark Dweller on her ass, she is constantly on the move.

Her life and everyone she loves. 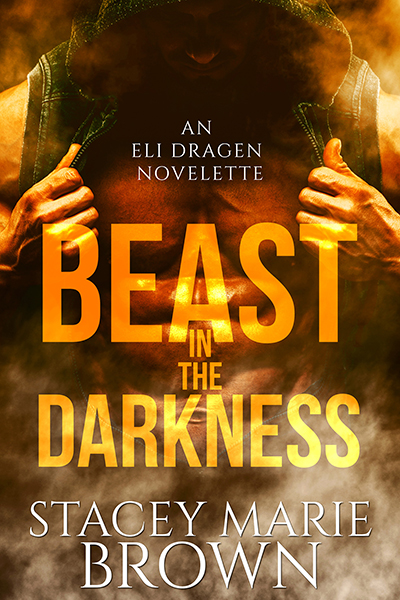 Beast in the Darkness
(An Elighan Dragen Novelette)

We know the story from Ember's POV, but what happens to Eli after Ember disappears? Or when he first see's her in the police station? Crawl inside Eli's mind and experience what he goes through. Be warned, his mind is not a warm fuzzy place to be... 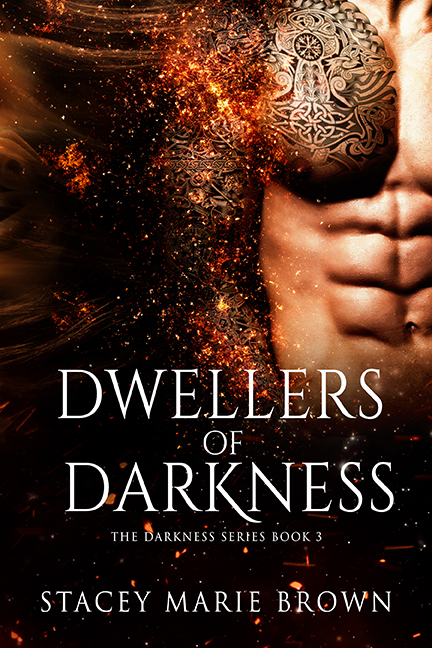 Three years have passed in Earth’s realm when Ember and her friends finally return from the Otherworld.

Eli feels her the moment she steps back, and the beast is far from delighted. Believing for the last three years she was dead, he has become violent and cruel in her absence.

Eli’s anger isn’t the only thing she should fear. Ember is at the top of the Unseelie King’s list after breaking her oath with him. No one breaks a vow with King Lars without severe consequences.

And Ember will pay.

As tension for war mounts between the Seelie and Unseelie, the pressure to find the only weapon which can kill the Seelie Queen, the Sword of Light, takes them to the high cliffs of Greece…

Where betrayal follows her.

But is Ember the answer to the location of the sword? Is she the one to fulfill the prophecy?

As usual nothing is ever what it seems. 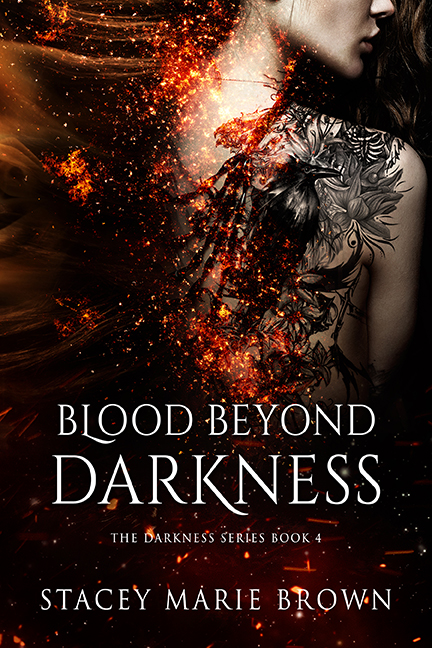 The Sword of Light, the only weapon capable of killing Queen Aneira, has been found. Ember’s destiny is to end her reign and become the new Queen.

Or so she thought.

When Eli and Ember are taken by Aneira, she is forced to make a deal to save the man she loves. A curse is placed on Ember that if she uses the sword against the Seelie Queen, Eli Dies.

A price she might not be willing to make.

The fight for Earth is on, and old grievances and enemies must work together to stop Aneira from bringing down the wall between Earth and the Otherworld, making humans servants to the fae. And those who oppose her reign, will parish.

When deep secrets are revealed, Ember’s world and heart is ripped apart even more. Ember must go beyond anything she could ever imagine, making the ultimate sacrifice, saving millions of innocent lives.

Not all fairytales have a happy ending… 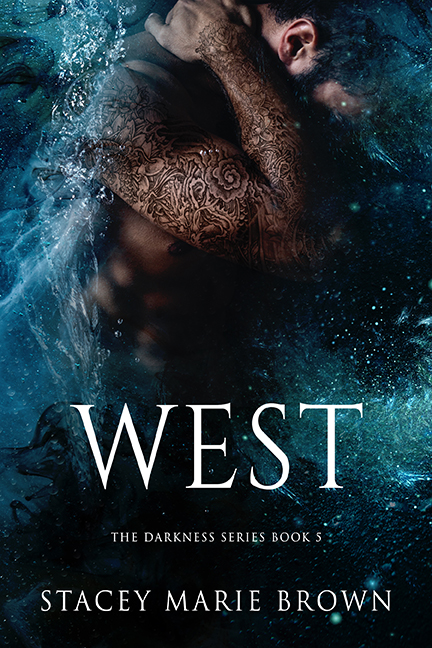 West Moseley is known as the “charming” Dark Dweller. With his cheeky grin and southern drawl, he can charm anyone, especially women. And does.

But after being held prisoner and tortured by the cruel Seelie Queen, West’s past comes back to haunt him. His memories of a tragic event in his past and the truth of what happened to him by Aneira goes deeper than anyone realizes. Things he wants no one to know about.

Struggling with his own demons, he battles the very essence of what he is—a Dark Dweller—a terrifying beast from the Otherworld designed to hunt and kill.

When the Unseelie King sends West to Ireland accompanied by Rez, a siren and the king’s lover, to uncover a dangerous artifact, his entire world takes a dangerous turn.

When a treasure lands in his hands, one he never suspected, nor wanted, he learns one crucial thing: you don’t steal from the Demon King . . . not if you want to live.

West is a spin-off of the Darkness Series. It is a stand alone adult urban fantasy romance, but it would greatly benefit the reader to start with the Darkness Series (1-4) first. West contains story-lines, world building, and spoilers from previous books and characters. It's highly recommended starting with Darkness of Light (Book 1) and it's FREE!