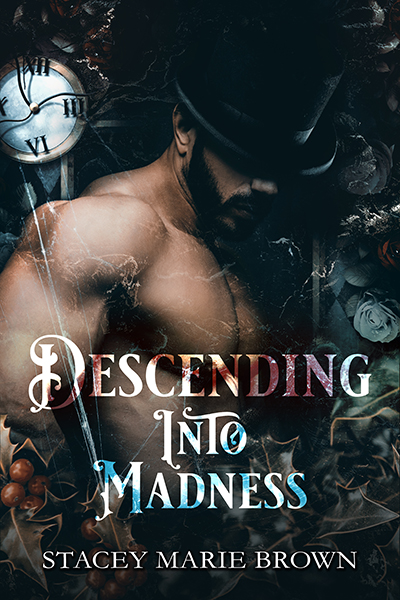 Your holiday season is about to get deliciously naughty...

What if Alice Liddell’s story didn’t happen the way you think? What if it wasn’t Wonderland she fell into, but Winterland.
This mad tale is dark, twisted, sexy, and nothing like the legend you know.

After losing her job and finding her boyfriend/boss cheating on her with her replacement, twenty-five-year-old Alice Liddell has moved back home to save money and regroup.

When she sees a sexy, shirtless man, carrying a glowing red light, and bearing antlers, her curiosity gets the better of her. But following him might be the biggest mistake she ever made.

Falling into another realm, Alice finds herself in the world of holiday legends and fairytales. But she is not prepared her for the dark madness of this place. Nothing is what is seems and no one is what they are in the fairytales.

Even the mysterious, sexy Scrooge.

Welcome to Winterland, where the good guys from the North Pole have gone bad, and the only way to survive is to descend into its madness. 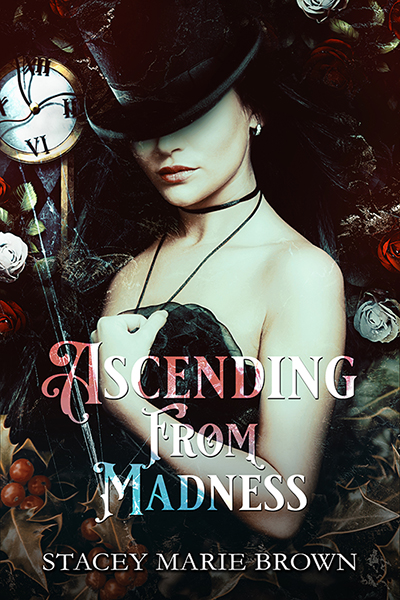 Ready for you holiday season to get deliciously Naughty again?

The bad boys and girls of the Winterland are back for the conclusion of Alice and Scrooge’s story.
This tale is mad, dark, twisted, sexy, and nothing like the legend you know.

When her illusions of twin elves, singing penguins, and sexy reindeers start to turn into full blown hallucinations, her family feels they have no choice but to find her help.

Her therapist is Matt’s wife, Jessica Winters, someone Alice feels in her gut she shouldn’t trust. But the more Alice loses her touch on reality, the more her parents turn to Jessica.

In one night, Alice loses everything, landing her to an insane asylum. Where she learns not only Jessica is not who she seems, but no one is in there.

As Alice’s mind cracks more, her visions feeling more like memories, she’s in a fight for her life against the mad ruler of the institution.

Except who will believe her? She’s the crazy girl. The one who’s visited by ghosts of holiday icons.
But one thing good about going mad?

In some places being mad is exactly what you need to survive.

To Ascend from Madness. 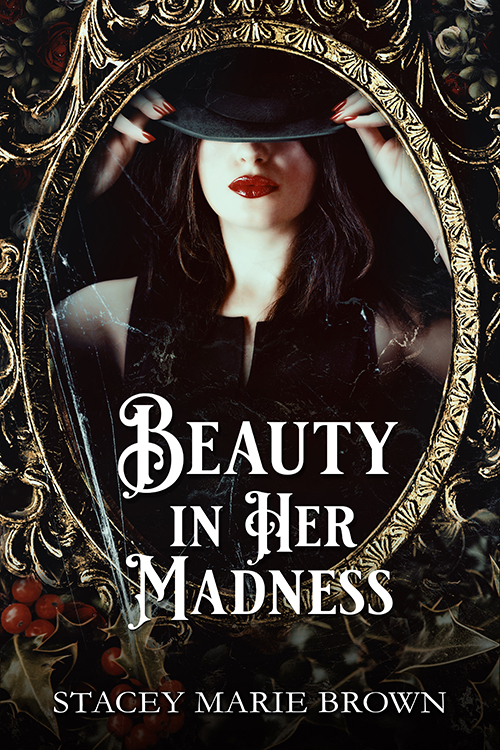 Beauty In Her Madness

Be our guest into this twisted tale where nothing is what it seems, and Winterland is even more dark, sexy, and naughty.

Dinah Liddell has always been the responsible, sensible one. Everything in her life was structured and planned, but ever since her sister, Alice, returned from a mental institution two years ago, Dinah is slowly feeling like she is the one losing her mind.

Nightmares, voices, and visions of things that should not exist crack at the walls of her sanity, bubbling up things from her childhood she’d like to keep boxed up. Especially when two of those visions are sexy as hell brothers. One warm and friendly, the other cold and bitter.

There is a draw to them she can’t deny, pushing at her barriers, and ripping her sanity away.

Her life was going exactly as planned—school, work, and building a life with her longtime boyfriend, Scott. But the harder she tries to keep everything in order, the faster it falls apart, shattering it like glass.

Dinah’s controlled world is about to descend into madness.

When the beauty breaks, the beast will arise. And it is out for vengeance…

Alice in Wonderland meets Beauty and the Beast with a holiday twist. The bad-boys of Winterland are back…and they brought friends.

Be careful what you wish for. 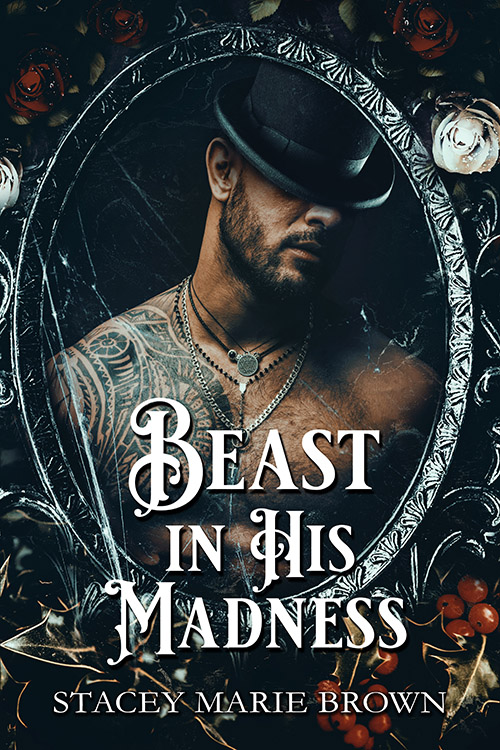 Beast in His Madness

The bad boys and girls of Winterland are back for the final battle, and this fight isn’t just between naughty and nice, but life and death.

Dinah Liddell grew up plagued by nightmares of monsters and strange creatures only to discover they are all real. Winterland exists. Now, she’s being forced to return the Blood-Red Queen to her throne.

This time there’s nothing Jessica Winters won’t do to destroy Winterland, warping the lines of reality for Dinah and robbing her of her sanity.

With her sister, Alice, and the gang, Dinah has to fight against an opponent she never saw coming—her own mind. Rediscovering the brazen girl she once was, full of fire and passion, she will break every rule to save those she loves.

But as usual in this mad, mad place, nothing is what it seems, and those she trusted will betray her.

In freeing one beast, Dinah sacrifices another. A monster who will be used to help bring down Winterland once and for all.

The whole Winterland gang is in a fight for their lives, and as the war between naughty and nice bleeds the ground red, they find there is more to Jessica’s plan than to take Winterland.

When a beauty breaks, the beast will fall, and down will go Winterland…Santa and all.

Alice in Wonderland meets Beauty and the Beast with a holiday twist!

Don’t miss this final installation in this mad, twisted series.

You poke the monster…you get the beast.

Any cookies that may not be particularly necessary for the website to function and is used specifically to collect user personal data via analytics, ads, other embedded contents are termed as non-necessary cookies. It is mandatory to procure user consent prior to running these cookies on your website.